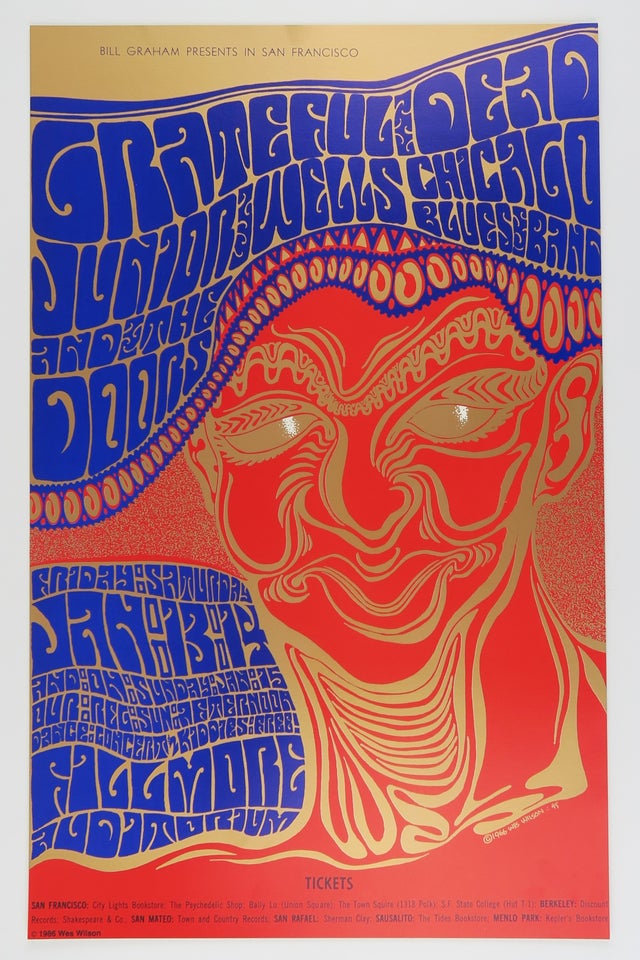 This image, fondly called "The Mexican Hat," was created by Wes Wilson in 1967 to promote a concert at The Fillmore. The show headlined the Grateful Dead, The Doors, and Junior Wells Chicago Blues Band and was held on January 13-15, 1967.

This image was reprinted in poster and postcard format in 1986.